Continuity and Change in Rural Judaea in the Hellenistic and Roman Periods: The Case of Horvat Midras

Horvat Midras, located about 15 km southwest of Beit Shemesh, is a key site for understanding the history of the rural settlement in the Judean Shephelah during the Roman period. Although the site has never been extensively excavated, a survey of underground artificial cavities, and small scale excavations showed that the Early Roman settlement was larger and richer than neighboring rural sites. The archaeological data supports the suggestion put forward by some scholars, that the site was re-founded by King Herod, whose family originated from the region of Idumaea. This background led us to start a research project at the ancient site. This project deals with continuity and change in the rural areas of ​​Judea from the Hellenistic to the Byzantine period and is funded by the Israel Science Foundation, the Social Sciences and Humanities Research Council of Canada Insight, and the Halbert Centre for Canadian Studies at the Hebrew University.

During the fall of 2015 and the autumn of 2016, we conducted an archaeological survey at the site on behalf of the Institute of Archeology at the Hebrew University and three seasons of excavations were held between 2016 and 2018. Another season is planned to take place in summer 2022.

The ceramic finds collected in the survey dated from the Hellenistic to the Ottoman periods in combination with the spatial distribution of various features allow us to assess the extent of the site's occupation during the various settlement periods, and to identify residential areas, public buildings, the necropolis and agricultural areas, as well as pinpointing potential targets for archaeological excavation. 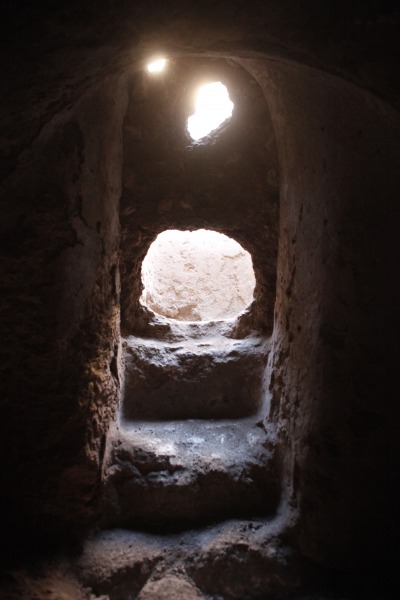 The excavation in four different areas allowed us a thorough examination of major monuments and of the material culture of the inhabitants throughout the various occupation phases at the site. In area A we have exposed an ashlar built podium from the Roman period, apparently a pagan temple looking over the Imperial road that runs west of the site connecting Jerusalem with Beit Guvrin. We suggest that the construction of this cultic site was initiated by the Roman government after the Bar Kokhba Revolt to demonstrate the Roman renewed control of this area, which was a flourishing Jewish ural area before the revolt. In area B on the northern slope we have excavated a series of dwellings from several periods (Early Roman, Middle Roman, Late Byzantine\Umayyad, and Mameluke/Early Ottoman) with an exceptionally elaborate subterranean hiding complex from the Bar Kokhba Revolt. 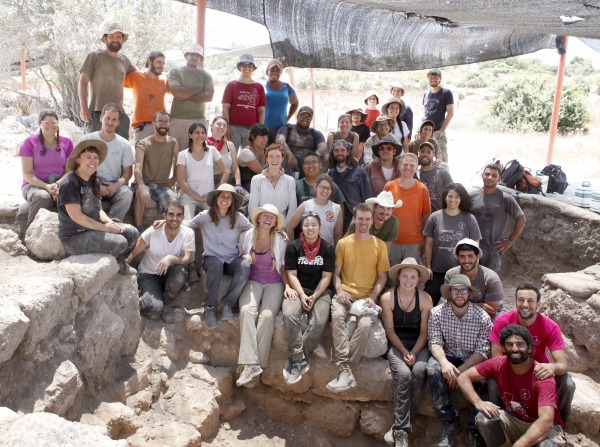 In area C on the northwestern edges of the site, remains from the Hellenistic period were found (4th-2nd centuries BCE) demonstrating close affiliation of the inhabitants of Midras with Marisa to the south and a gap of settlement following the Hasmonean conquest of Idumaea at the end of the second century BCE. In area D a pyramidal funerary monument crowned by a large pyramid was excavated, 10 by 10 m wide, one of the largest of its kind in rural Judea. The excavation has allowed us to date the construction of this monument to the days of the flourishing Jewish settlement at the site prior to the Bar Kokhba Revolt.